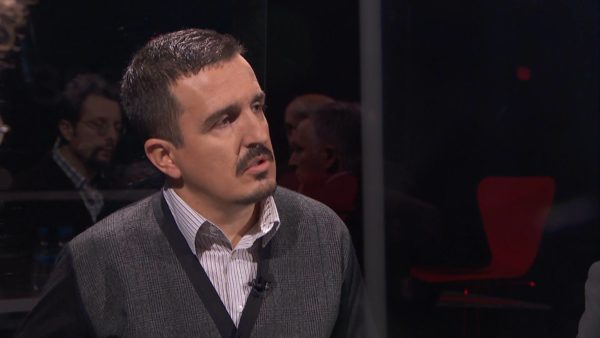 Analyst and investigative journalist, Xhelal Neziri, speaks in an interview for IBNA on the expectations of the new government led by Zoran Zaev, the reforms that have been announced, the solution of the name contest which would unblock Euro-Atlantic integration and issues that have to do with Albanians in Republic of Macedonia

IBNA: How do you assess the priorities of the new government, which look optimistic on paper, but difficult in practice?

NEZIRI: I think that the new government is still under the euphoria of the election campaign. The priorities of the government are not in line with the political reality in our country. Most of those priorities are mere desires, which have a nice sound to the year of the people. For instance, this government will not be able to hold drastic reforms in the judicial system unless it has two thirds of the votes in Parliament to amend the Constitution of the country. One cannot pretend for an average salary of 500 euros in conditions when the state is the biggest employer. This means that we have an overburdened administration which eats up the state’s coffers. SDSM’s and VMRO-DPMNE’s political animosity, caused by the two year crisis, is not issuing any signals that there can be broad consensus on the solution of the name contest with Greece. The failure to solve this problem keeps integration in the NATO and EU blocked and as a result, it keeps the state in a constant state of crisis. This would turn this part of the Balkan into an arena of clashes for big powers. This clash often means tendencies to cause incidents and conflicts, something which poses a threat for all the countries of the region.

IBNA: Do you think that in the current conditions, with an unreformed judicial system and overburdened administration, we could see the implementation of the reforms that have been announced?

NEZIRI: Here, we have to do with a total capturing of the state by the previous government, which managed to install its structures in all the instances of the executive and judicial power. We have an extreme politicization of the institutions, which must implement the reforms of a government led by the opposing party. It’s common sense that the solution is to replace those officials with other ones. But I am expecting a greater resistance of the party structures within institutions and this would delay the process of reforms for a whole mandate. Nobody wants reforms which would lead to a loss of jobs. In order to implement the reforms, there must be a long-term strategic plan, which would have the strong support of Brussels and Washington.

IBNA: How do you consider the new active approach to unblock the Euro-Atlantic integration path? What is the formula of speeding up this process?

NEZIRI: It is a constructive approach which must be praised. The previous government has provoked neighboring countries, it has deepened contests or attempted to open new ones in order to spread the fear from “foreign enemies” in the domestic public opinion. This has helped it to attract supporters and enable it to win several elections in the past ten years. In the absence of economic results, Nikola Gruevski’s government preferred nationalism and the spreading of hate against neighbors. The same thing was also done in the domestic plan, by announcing ethnic Albanians, who account for one quarter of the population of the country, as “internal enemy”. I think that authorities in Skopje are back to reality now. If we manage to overcome the problem with Greece, I think that NATO integration will only be an issue of procedure. The invitation that was made in the Bucharest Summit in 2008 remains open if this condition is met. Meanwhile, EU integration will encounter difficulties without a more active role by Brussels in the implementation of the reforms that are required from the country.

IBNA: The priorities also include the requests of the Albanian parties to use the Albanian language in the entire country or other issues. Does this government have the capacity to enable them?

NEZIRI: The use of the languages must be handled on a practical aspect, as a form of communication. The language is only a form that can change, while the content remains the same. We have wasted a lot of time on the form, avoiding content, which is more important. What matters is what is said and not how it’s said. But, nationalism injected during the last decade doesn’t create the necessary climate in order for this issue to be handled like this. After the April 27 events, when Parliament was attacked as a result of the election of an Albanian Speaker of Parliament, the new government is not willing to open these issues. VMRO-DPMNE still controls that part of extreme militants which it has nourished with nationalism and hate against each other, by presenting Albanian ethnics as a threat for their existence and the existence of a joint state. It is clear that the Albanian language will not be officially used. There will only be a larger extent of its official use, to enable Albanian nationals of this country to use their language in all institutions.

IBNA: How do you consider the positioning and the recent stances of the leader of VMRO-DPMNE, Nikola Gruevski, while we know that this party is seeing internal conflicts?

NEZIRI: Gruevski’s party is not only going through a structural crisis, but also a strategic crisis. With a leadership like this one, VMRO-DPMNE will only continue to be isolated in the domestic plan. This party could not form a government because of its ethno centric policies. Albanian parties will not enter a coalition with VMRO-DPMNE, which promotes hate against their voters, while it uses Euro-Atlantic integration as empty rhetoric. Any coalition with a party that has a leadership such as this one and which promotes exclusive policies, means suicide for Albanian parties. At the same time, we have an international isolation of VMRO-DPMNE. If it is not reformed, this party will never be able to make it to the top. /balkaneu.com/ 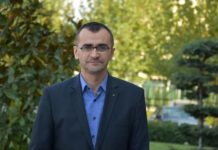 THE FEAR FROM THE BEAUTY OF DIVERSITY

THE FEAR FROM THE BEAUTY OF DIVERSITY