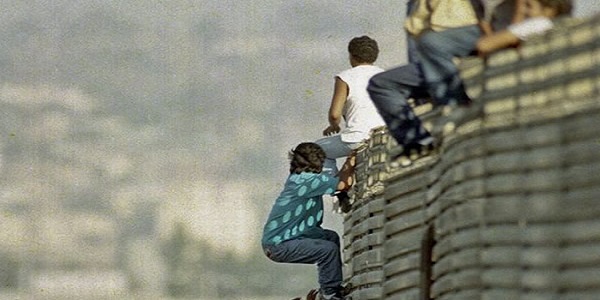 Immigrants are becoming a day to day obsession in Western Europe. While countries in the West of our continent are trying to figure out ways to prevent or limit immigration, places like my home country Kosovo are finding themselves in a vicious circle of seeing new generations of young people having to emigrate in 2015 for similar reasons as previous young generations of 1970s did.

It is not a big difference if we try to explore or to explain how emigration has affected the life of Kosovars that fled to Western Europe since 70s, and those that stayed behind, and how does it affect the country when young people leave in this decade. Have the reasons to emigrate changed in between 4 different decades or have they remained the same?   The issue of immigration for economic reasons is not a new problem in Kosovo because it has been present in the past and at present. But the routes today are different. There is a strong network of human traffickers who use Serbia territory to send them to Hungary and then spread them in some EU countries. But what are the main factors that push Kosovars to use those unknown and frequently dangerous roads to flee from Kosovo.

In 70s the economic situation and unemployment in Former Yugoslavia, forced around 200 thousand Kosovars, to emigrate mostly in Western European countries searching for a better life.   While the most of early immigrants fled for economic and political reasons, the things have not change and this picture today is almost same comparing 1970 with 2015 onwards.   It is true that the wave of emigration continued in late 1980s and 1990s, but this was linked primarily to the political repression, due to the Milosevic rule in Kosovo. That is why this period needs to be left out from the mosaic.   Why are Kosovars who do not face political repression any more, in a post-independent Kosovo leaving? EU statistics show that Kosovo is now among the top 10 countries from all the countries in the world that immigrates to European Union.   The generation leaving today is more well-educated people, who are disappointed by the lack of jobs, nepotism and lack of good education within Kosovo.   This has produced the effect of the brain-drain syndrome, something similar to what happened in 1970s when the young intellectuals left Kosovo.   Kosovo is one of the poorest countries in Europe. The unemployment rate in Kosovo is approximately 47%. Poverty remains persistent and widespread. According to World Bank statistics there are over 45 % of population living below the poverty line while 15% live in extreme poverty. Kosovo has one of the youngest populations in Europe and some 30,000 young people, mostly low- skilled, enter in the labor market each year.   As half of the population in Kosovo is battling with poverty, economic situation is the main impulse to leave the country. In 2014 EUROSTAT showed that the number of asylum seekers from Kosovo is growing and Kosovo is among 5 countries that currently have the highest number of asylum seekers. Only during 2014 the number of asylum –seekers in EU countries from Kosovo is 23 000. According to these statistics, 1 in 165 Kosovars is willing to emigrate.   While the country is stuck by the high level of corruption, organized crime and lack of rule of law, young people in Kosovo, similar to previous generations, are looking to leave Kosovo as soon as the opportunity arises. The statistics ranked Kosovo high among countries with level of corruption, non transparency and accountability.   Government of Kosovo for six years failed to change anything in the economic aspect. Since Kosovo declare its independence the level of unemployment remains high and unchangeable. This consider to be one of the main reasons why people, especially young, are losing trust of living in Kosovo.   While the history is repeating itself in Kosovo it is important to see how former Yugoslav authorities in the 70ies and authorities of a post-independent Kosovo today are both in the same way failing at providing the incentives for the people to stay in Kosovo rather than leave.   The issue needs to see also draw the parallels with other countries in the region. What are advantages and disadvantages of Kosovo in this issue?   The issue needs to see also draw the parallels with other countries in the region. What are advantages and disadvantages of Kosovo in this issue?   Kosovo is the only country in Balkan which is not part of free visa regime. While the country is in the process of signing the Stabilization- Association Agreement with EU, there is still no sign of hope of visa liberalization for Kosovo.   Among main conditions in this process is stopping illegal immigration and fighting corruption, but the last assessment on the progress of Kosovo in fulfilling the conditions of visa liberalization process was clear. The main conditions are not met:   Kosovo continues to face major challenges in effectively preventing and combating organized crime and corruption. Also the number of asylum applications lodged by Kosovo citizens in EU Member States rose from 17 .705 in 2013 to 23 000 in 2014.   For Western Europe
the story still remains relevant because, per capita, Kosovo is the country where the EU and Western countries has spent the most money in developing it in many spheres. But what went wrong that the young ‘brains’ go to a lot of risk to leave Kosovo in 2015 onwards?