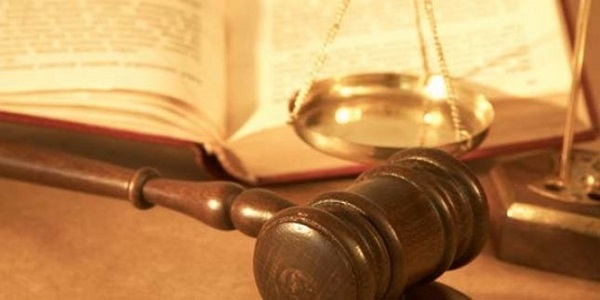 As soon as the left-wing government that leads Albania came to power after the elections of 23 June 2013, they held forth the idea of reforming the justice system of the country, which remains to be a highly criticized link of the system in regards to the corruption and the very low public credibility it has.

The reports of the prestigious “Transparency International” rank Albania as one of the countries with the most corrupt justice system in Europe. This alarming situation was taken advantage of by the left-wing government led by Prime Minister Edi Rama who throughout the parliamentary electoral campaign announced a deep and thorough reform of the justice system. But more than a year and a half after coming to power, the ruling majority which was voted by a million Albanians hasn’t done much in regards to reforming the justice system.

In a retrospective review, the government’s steps toward improving the justice system, especially the chain of courts, have remained within the frames of statements and promises, even those few cases that have seen some interventions have become subject to criticism. As soon as they started the work, the government co-ruled by two left-wing powers, the Socialist Party (PS) and the Socialist Movement for Integration (LSI), defined a list of 30 prominent lawyers in Albania, which would serve as an advisory body for the Ministry of Justice, and prepare a full package of fundamental changes in justice.

Government’s and respective authorities’ senior representatives made a big fuss about reforming the Supreme Court as well, which remains on of the most problematic courts in the country, which has so far been left completely un-dealt with. The inclusion of lawyers in the list of advisors of the Minister of Justice seems to have faded voices against the injustice of courts, since after every controversial case, none of these lawyers can be involved in public debate due to conflict of interest. In this way, the government has managed to mitigate public reactions coming from the experts of the field, in relations with dysfunction of justice and especially courts.   After this step, the developments in the justice system have remained almost pending, although senior representatives of the ruling majority have announced reforms in the Supreme Court and the Constitutional Court, by arguing to merge these two important courts. Recently, the Constitutional Court has expressed a not-so-friendly attitude towards some laws drafted members by the government, which have been brought down as unconstitutional. On the other hand, the Supreme Court, also part of the announced governmental reform, is currently considering a court case where the defendants were both members of the Socialist Party, the main ruling power of the government coalition in Albania. Pjerin Ndreu and Arben Ndoka, the two members of parliament who on the 10th of July last year physically violated their colleague from the Democratic Party (PD) Gent Strazimiri after a speech on parliament.

The government’s intervention to reform the Supreme Court at the time when they are considering this issue can be considered as a pressure to the highest level of the justice system in the country. But in fact, the unbegun reform of justice is not related to any attacks on the institutions of justice, but it has to do with a lack of organization and coordination by the government.

Such a fact is proved by the Albanian Parliament which made two movements in the High Council of Justice, by replacing two of its members, including the vice-president, enacted by the current President of the Republic of Albania, Bujar Nishani, who is also the head of HCJ. In less than three weeks, the Commission of Laws authorized the establishment of a Parliamentary Inquiry Commission to investigate the activity of the High Council of Justice, which concluded with listing of at least 10 violations committed by the leaders of this institution whose primary task is to control, punish and promote judges.   The Inquiry Commission concluded that the vice-president of HCJ, Elvis Çefa, proposed on this position by the former ruling majority, the Democratic Party (now in opposition) should be dismissed from his position. Çefa was found responsible for a series of violations during the administrative direction of the institution and was fired together with another HCJ member, Lulzim Lelçaj, who was also proposed to this position by the Albanian Parliament at the time when the Democrats had the ruling majority.   After the dismissal of the two HJC officials, or otherwise known as the “government of judiciary”, the Parliament appointed two lawyers to fulfill the two vacant seats, which have been commented about as representatives of the two ruling political parties (PS and LSI) in the High Justice Council. Vangjel Kosta, an experienced lawyer with a long career earlier had been proposed by the Socialist Party as a candidate of the Constitutional Court. But the Democratic majority of the time rejected his candidacy, following tips that Kosta had investigated and judged political cases during the communist regime which has led Albania for about a half century, until 1990.   But despite this stance by the former governing majority, the Albanian Parliament, now dominated by the Socialist Party elected Vangjel Kosta as a member of the High Justice Council. The second candidate, now a member of the judicial government is Albana Shtylla, former member of the Central Election Commission, and former Secretary General of the Albanian Parliament, whose Speaker is Ilir Meta, president of Social Movement for Integration, key partner of the ruling coalition.

In the government of the Democratic Party, Ilir Meta has held the position of the Deputy Prime Minister of former Prime Minister Sali Berisha. Meta has been the key partner in the ruling coalition in Albania over the period of 2009 – 2013, a time when he was indicted for corruption charges by the Prosecutor General but was eventually acquitted by the Supreme Court in 2012. A year and a half after this verdict, Meta left the coalition with the Democratic Party led by Sali Berisha, thus joining the candidate for Prime Minister Edi Rama, who became the first messenger of a deep reform of the justice system. On top of the main institution, the Ministry of Justice, a former-minister of the latter “Berisha” government was appointed, Nasip Naço, who is a member of Ilir Meta’s Socialist Movement for Integration.

During the government of Democrats, Naço has been on top of the Ministry of Economy, a department where many abuses where identified regarding mining and hydropower dam permits. But despite this fact, to this day the current government hasn’t conducted a complete audit for the ministry once led by Nasip Naço, the person who is currently expected to reform the system of justice in Albania.   But on the other hand, the government is in an open conflict about the justice reforms with the President of the Republic, elected during the government of Democrats. Although the president has called several discussion panels between high government officials and experts in the field of justice reforms, a mutual agreement among the involved parties regarding the said reform has yet to be found. According to the Constitution of the Republic of Albania, the President of the country has an important role as head of the High Council of Justice, and is the only authority that decrees the movements of prosecutors and judges, including members of the Supreme Court. Yet, year and a half after coming to power, the government has rejected several nominations by the President for members of the Supreme Court, as the involved parties cannot agree with the procedure followed by the head of state. Among the rejected nominations is that of Appeal Court judge of Valona, Sokol Ngresi, who graduated with maximum results. This situation between the ruling majority and the President has cramped the Supreme Court, which has been operating with at least three members less, while the influx of the cases to be examined is too big.   Earlier this year, the President of Albania, Bujar Nishani, demanded a parliamentary review for the changes made by the government in the Supreme Court Law in December 2014, which among everything else, provide new procedures in appointing new members of this court. The adopted changes in the Supreme Court Law, which were voted only by the left-wing majority, envision the establishment of a Council for Appointments to this court. But according to the head of state, the assessment of candidates is an exclusive privilege of the President of the Republic. On the other hand, according to President Nishani, although the Council is considered an advisory body, it is rather given decision making and binding powers towards the head of state.

The recent decision of the President has deepened the disputes with the left-wing majority, which has made it possible for many positions in the Supreme Court to remain vacant. So far, all the nominations by President Nishani have been rejected by the Parliament. This situation is likely to continue until the parties find a solution to bring the Supreme Court out of the mess they have pushed it to.

In essence, the conflict between the government and the president for the members of the Supreme Court relates to the names appointed rather than the procedure. Each party seeks to propose and adopt its nominations for the Supreme Court, as the only option use the latter in the interest of their political goals. Although in a country with a functional democracy such a situation should not be thought of, let alone attempt to implement in practice, history has shown that in many cases in Albania, the court decisions have been in favor of the politics, regardless of whether it was right or wrong. It is impossible to see it happen otherwise as long as the proposal and the appointment of judges of all important courts, such as the Supreme, the Constitutional or the Administrative Court, comes from politics and it is specially made according to its will.   This has made it possible for the politics to make use of the appointed judges whenever needed, to resolve various cases where senior political officials or members of parliament may be subject of.