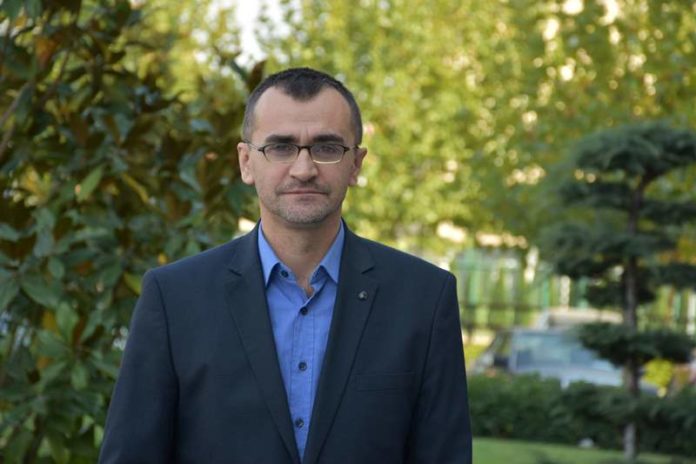 The spirits that are bound for just one culture have never attracted me. Don’t get rooted anywhere, don’t get connected with just one community, that’s always been my motto.” Emil Cioran

Cultures are enriched not only by the works of its creative genius, but when they also absorb values from other cultures. Rich cultures can never be “clean”. Cultural systems are open and share as well as receive among themselves.

There are societies where some cultures interact. There are multicultural and intercultural societies. There are many definitions of multiculturalism and interculturalism. In the “cemetery of definitions” often act the devils of misinterpretation. The devils, usually, are politicians who manipulate with the ethnic feelings. This is also evidenced by the long-standing practice in North Macedonia, where whenever political elites fail to meet citizens ‘expectations for economic well-being, they create problems of an inter-ethnic nature and thus, distract citizens’ attention from the existential problems. The political authorities, when at times distressed by the various affairs, they play with this dangerous fire. They usually have also been supported by dominant intellectual elites and controlled media, in spreading inter-ethnic fear and intolerance. In North Macedonia, there are decades of talk about creating a multi-ethnic society but in practice there are these political elites that have influenced ethnic segregation. North Macedonia functions as a kind of multicultural society, but not an intercultural one. Multiculturalism, according to many authors, is the existence of many cultures in a given space, which are not necessarily in contact with each other. It is a kind of passive coexistence of different cultures in a given space that are somewhat accepted and tolerated among themselves.

“Multiculturalism says that there are many cultures and that they live in some kind of neighborhood, and only that, nothing more. However, interculturalism has a broader meaning.  It suggests the possibility and obligation for permanent relations between cultures and their members,” while” during the meeting and contact between two interlocutors or actors of both cultures, necessarily something third must arise, “says Katunaric in the book “The Labyrinth of Evolution” (Zagreb, 1994, p. 155).

Ethnic divisions continue to be expressed in North Macedonia. These divisions, as we have said, have been influenced by politics and intellectual elites who often dig into the material of history to draw the poison of hatred. However, history provides numerous examples of interethnic solidarity. Here politics knows how to serve citizens with the kitsch and propaganda, which, according to Milan Kundera, are in a kinship. “Kitch is the aesthetic ideal of any political party,” he says.

Politicians often use with xenophobic discourses. Xenophobia is harmful for any cultural system. Xenophobes are the biggest enemies of their cultural systems because they oppose cultural openness and interaction. Particularly in multicultural societies, which are by definition heterogeneous, dynamic, unstable and costly. When dialogue, communication and democratic relations between different ethnic groups are lacking, society is at risk of conflict. Maintaining internal stability in the ethnic context is conditioned not only by the quality of laws, but also by their implementation in practice. Laws should guarantee the ethnic and cultural rights of all nations living there, without violating the individual rights. In multicultural societies a permanent investment is required in respecting cultural, national or religious differences. Such differences should be recognized as a wealth.

Ethnocentric tendencies affect interethnic cohesion and create cracks in the pillars that guard the stability of society. These pillars are strong when individual, cultural and national rights are guaranteed to every citizen; when a free space is created for affirming collective and individual identities; when cultural, national or religious differences are characterized as advantage and not as a risk.

The well-known scholar Daniel Anri Pazho, in a study of multicultural and intercultural societies, is of the opinion that multiculturalism, as a political solution, aims to avoid conflicts between different nations or, more specifically, different cultures. According to him, multiculturalism, as a corpus of political, strategic, practical and moral values, aims to create the same space for all cultures and where any of the cultures is being discriminated.

Acknowledging the identities of individuals and / or groups (linguistic, cultural and religious) is an essential element of such societies. Thus multiculturalism, as a concept is universal tolerance and it opposes any discrimination. The affirmation of cultural differences and their acceptance as a wealth for a society and a state, it prompts the process of cultural interaction (interculturalism), which is a higher degree of social emancipation. North Macedonia is far from this concept, as long as ethnocentric tendencies are expressed.

Sociologist Gani Bobby has written that when in a society there is a tendency for sovereignty of “great culture”, “superior culture”, “higher in value”, “more authentic”, towards the other “lower” culture, “inferior”, then it is impossible to establish supranational solidarity (Self-Culture Context, Peja, 199).

The emergence of such tendencies, sooner or later, creates the ground for internal conflicts in a society. Ethnocentric policies strike the foundations of multicultural identity and create ground for new ideological and political interpretations

Multicultural states can only function normally if the development of all cultures is possible.  According to Habermas this is possible only in post-traditional societies (the “radical republic” as he calls it), where there is no clash between personality structure (“post-traditional self-determination”) and cultural structure (group identity). There social and cultural integration takes place without any repression. When there is a manifestation of ethno-nationalism, then political conflicts are reduced to the demands of ethnic groups. This leads to confrontation with democracy. However, democracy requires open political participation for all citizens and without any discrimination.

In North Macedonia, the denial of the “other” party’s cultural rights also comes as a result of fear of the “other”. Cultural differences are still not treated as a priority value and as a wealth that need to be preserved and developed. North Macedonia will function as a normal state only if, as Charles Taylor says in his book “Multiculturalism, Views on the Politics of Accession”, everyone will have the right to believe that his culture is valuable.

NUREDINI, ALIU AND ÇUÇI AT THE BIRC REGIONAL CONFERENCE: HOW TO...