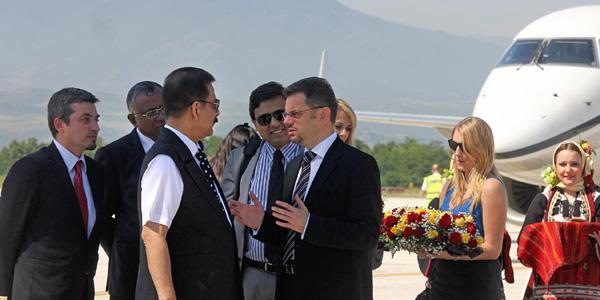 Subrata Roy, a 66-year-old controversial businessman from India, came to Macedonia in June 2012 with a wide smile and full of optimism, as a Bollywood actor. Dressed in a white shirt with short sleeves and a black jelick, the modern version of the traditional Indian clothing, he was introduced as the saviour of the domestic economy.

He met most of the ministers, the mayor of Ohrid and the then Prime Minister, Nikola Gruevski. His plans, which were released after the meetings, predicted the construction of a tourist resort in Ohrid, a fodder factory and a dairy farm with 20 000 cattle. These and other announced investments were expected to create 3 000 jobs. In a country with around 30% unemployment, this was a hopeful figure.

As a gift, Roy announced the construction of the monument of Mother Teresa in Skopje square. “When I first heard about Macedonia, I knew that Mother Teresa was born here. I often spent time with her”, said Roy in an interview for a local Macedonian TV station.

His adventure in Macedonia was happening at a time when his ability to run his business in India was increasingly restricted. Following the decision of the Supreme Court of India, adopted in August 2012, his „Sahara“-companies were supposed to return about five billion US dollars to millions of investors who had been defrauded in the construction business.

This scandal began in 2010, when one of the accountants of “Sahara”, Roshan Lai, sent a letter to the Securities and Exchange Board of India (SEBI) to call for an investigation into the issuance of securities in construction by Roy’s companies.

In February 2014, after four years of investigation, Roy was arrested by the Indian authorities. He is allowed to communicate from prison in order to sell his property inside and outside India, and to collect the necessary money to compensate the investors. The Macedonian Government defended itself by activating the bank guarantee of 3 million Euros, which “Sahara” had submitted as a guarantee for the fulfillment of obligations for investment in the plant Dzumajlija.

But the real motive of Roy’s Macedonian investment plans remains unclear, precisely at a time when he was under investigation in his country! “The reasons for entering such deals must be more cost-effective than what can be lost. It is already a very strong indication of the existence of some interest other than public interest and it is a very strong indication of corruption”, said the president of Transparency International in Macedonia, Sladjana Taseva. Anticorruption expert Sasho Ordanovski also suspects that a corruption affair might be behind Roy’s case. He says that ever since the first arrival of Roy in the country it was clear that the whole story sounded too good to be true.

“But its denouement with the total investment debacle of the Indian and his imprisonment in his native country might just save the high officials of VMRO-DPMNE (editors note: former ruling party) not to penetrate deeper into the treacherous waters of the financial and other types of serious crime in this case”, adds Ordanovski.

No studies on Roy’s projects

Anticorruption experts Taseva and Ordanovski think that Roy’s adventure will not be quickly forgotten in Macedonia. “Mr. Roy will be remembered in the annals of the Macedonian country long after the departure of Gruevski and Stavrevski (editors note: the former minister of Finance) and he should teach us to expect realistic and achievable projects from the politicians, not to distract us with some clowns and investment models that the government serves to us due to the desperate need not to talk about the real situation in the country”, Ordanovski says.

On the other hand, says Ordanovski, it is advisable to wait and see what and who will emerge from the hectares of the nationalized land by Lake Ohrid and the unplowed fields in Sveti Nikole. “And then we can talk about real corruption behind the case with Mr. Roy”, he emphasizes.

Taseva criticizes that for none of the projects announced by Roy there is a study on the need for such a project, how it will affect the lives of citizens, the legality of the proceedings, as well as the credibility of the investor.

“The lack of this information is a strong indicator that something is wrong with these projects. There was information that “purchased” facilities, including the dispute* with the Macedonian Orthodox Church, had been forcibly confiscated”, says Taseva.

From Tihar jail in India Roy continues to sell the property of his companies in order to complete the total amount of about 5 billion US dollars in compensation to millions of “Sahara” investors. The media reported that recent sales have accounted for about 93% of the total amount owed. Representatives of “Sahara” say they are not giving up on plans to invest in Macedonia, as well as building a monument to Mother Teresa.

*The dispute between “Sahara” and the Macedonian Orthodox Church is about the land where the company was supposed to build a big touristic complex near lake Ohrid. 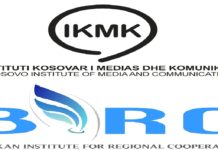